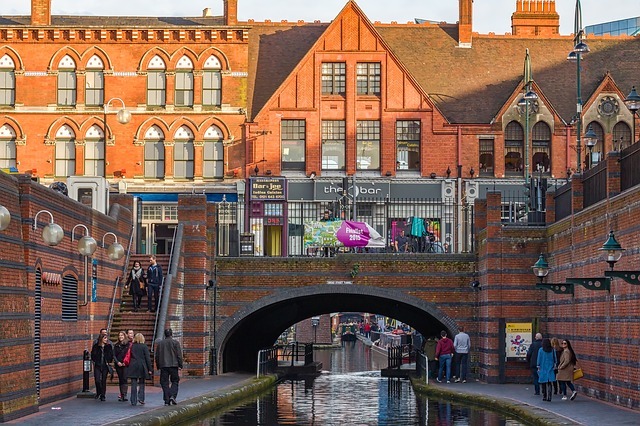 Everyone knows who the first person was to step on the moon. But not many people know who the second person was (Answer – Buzz Aldrin). In this vein, London takes all the limelight when it comes to literally anything related to the UK. For the longest time, the ‘Buzz Aldrin’ of the UK has been lowly Birmingham, and fittingly, Birmingham is commonly referred to as the ‘second’ city of the United Kingdom.

More students call Birmingham home than anywhere else in the UK outside of London. The huge number of students who come here to pursue higher education means that there is a large number of student accommodation in Birmingham to choose from. Here’s a little student guide that will help you seamlessly transform into a Brummie (a term derived from the city’s nickname of “Brum”) in no time!

Things to do in Birmingham

There’s always something to do in the ever-bustling city of Birmingham. One of this city’s star attraction – the Birmingham Museum and Art Gallery, houses the largest collection of pre-Raphaelite paintings in the world. Then you have the Brindleyplace and the Canal Quarter, which is Birmingham’s reply to the canals in Venice’s.

The restaurants along the canals have been renovated, making it a definite must-visit! Theatre aficionados can bask in the glory of Symphony Hall and Hippodrome. These legendary halls have hosted numerous gigs and concerts. Another fun thing to do in Birmingham, is to pay visit to Cadbury World. And yes, you do get to sample Cadbury’s products. This world-famous walk through attraction is based in Bournville Village. A visit to Villa Park should also rank high on your list. This is the home ground of Premier League club Aston Villa, who arguably have the best fans in the UK.

It is highly recommended to watch a match at this 42,000 capacity stadium. Other honourable mentions include the Library of Birmingham, The Barton Arms, National Motorcycle Museum and the Peaky Blinders tour.

Raja Monkey is an Indian restaurant that is immensely popular with locals and tourists alike. This establishment serves mouthwatering thalis and street-food snacks like dosas and uttapams. If you really wish to dine like a Brummie, Raja Monkey is the place to be.

We’re adding speakeasies to our list because we feel that they are severely underrated. These bars sit behind unassuming restaurants and storefronts. 18/81, 40 St Pauls, The Peaky Speakeasy are some hidden gems that definitely deserve a visit.

Where? Birmingham B15 2TT, United Kingdom.

About University of Birmingham

The University of Birmingham (informally known as Birmingham University) is located in Edgbaston, Birmingham. It is the 4th largest university in the UK in terms of student population. This university includes 22,440 undergraduate and 12,395 postgraduate students. The Barber Institute of Fine Arts that sits in this university, houses works by Monet, Van Gogh and Picasso. The University of Birmingham boasts an impressive alumni list that includes Manchester United Chief Executive David Gill, Minister of Defence of Kenya Mohamed Yusuf Haji, co-creator of ‘Riverdance’ Jean Butler, among others.

This university actually started out as the Birmingham Municipal Technical School in 1895 only to eventually become the UK’s first College of Advanced Technology in 1956. Aston University holds the distinction of being second-best teaching university in the UK, an award bestowed by Times Higher Education. Ranking wise, Aston University was ranked 34th in the University League Tables 2020. An interesting statistic to know is that more than 70% of Aston students take a placement year, the highest percentage in the UK.

Birmingham City University is a university based in Birmingham, with roots dating back to 1843. The university has three main campuses that serve four faculties. It offers courses in education, art and design, computing, business, environment, engineering, English, healthcare, and much more. There was a £125 million extension to its campus in the city centre of Birmingham.

Cost of Living in Birmingham

Birmingham falls in the top top 15 most expensive cities in the UK. Therefore, it is advisable that students use their money sparingly. Making a rigid budget goes a long way in saving money and will definitely help students combat the high cost of living in Birmingham.

It is advisable to have a monthly budget of around £1700 to live comfortably in Birmingham.

Birmingham is a major transport hub, due to its proximity to central England. If you’re looking to get around the city, using public transport will be your best bet. National Rail and Coach services offer regular journeys into Birmingham and take the hassle of parking charges away.

Buses are the chief mode of transportation in Birmingham. There are almost 50 operators of registered local bus services in the West Midlands. National Express, the biggest bus operator in the area, accounts for over 80% of all journeys. National Express’ flagship NXL Shuttle service operates services to London with frequent services to all major airports and cities in Britain.

Meadow Court – Meadow Court proffers flats and townhouses for 3 to 6 people. The townhouses have a very traditional style and layout and the flats are over two levels. Every student is allocated a double bed, a study area, a furnished en-suite and access to on-site facilities as well as superfast broadband. The University of Edinburgh is a 12-minute walk. There are various cuisine restaurants within an approximately 15-minute walk radius, including Thai, Indian, Moroccan. There are numerous bars and pubs in the vicinity of the accommodation. The nearest hospital is a 7-minute drive away.

27 King’s Stables Road – This student accommodation proffers studio apartments. Irrespective of the room choice, the studio comes equipped with a bed, fully equipped kitchen and an en-suite bathroom. Studios are perfect for students wanting their privacy. The University of Edinburgh is a short walk away. Princess Street is the closest train station at 6-minutes on foot. The Exchange (Stop XG) is a 5-minute walk. There are numerous restaurants serving food from different culture and ethnicities within a 10-minute walking distance. Different themed bars and pubs are within walking distance.

Vita Student Fountainbridge – Vita Student Fountainbridge is surrounded by Edinburgh’s famous attractions, historic castles and a plethora of things to explore. With Haymarket station just 10-minutes walk away, it is very convenient for students to travel in & out of the city. Students of The University of Edinburgh can reach the campus in just 10-minutes from the accommodation. Living at Vita Student Fountainbridge, Edinburgh you’ll realise that everything is available under one roof. The apartments include Classic Studio, Disabled Accessed Studio, classic plus, penthouse, classic penthouse, premium studio and deluxe rooms. They are fully-furnished plus each apartment offers a Smart TV, well-fitted kitchen, Wi-Fi and en-suite bathrooms.

Panmure Court – This student accommodation provides studio rooms. These studio rooms can host dual occupancy at no extra cost. A bed, a laundry room, a Wi-Fi connection, and 24/7 on-site staff. It has ANUK and National Code. This accommodation is ideal for students of the University of Edinburgh and Holyrood Campus. There are a plethora of pubs, restaurants and bars are located nearby. Chalmers Edinburgh Hospital is the nearest hospital here.

McDonald Road – This student accommodation provides studio rooms and en-suite rooms. Expect a high-tech kitchen, a Wi-Fi connection and a common room with a large TV and seating area. Students can rely on the 24/7 on-site staff to handle all their doubts and queries.

The University of Edinburg is the nearest university here. There are many restaurants, pubs and clubs in this vicinity with Vittoria on the Walk being the nearest. York Place is the closest light train station and Shrubhill is the nearest bus stop. The nearest hospital is The Hospital Group.

There’s an unmistakable energy that pulses through the city once the sun goes down. That’s when the plethora of clubs in Birmingham come to life. Some of the trendiest, most happening nightclubs and bars are mentioned below

In the Lakeview area, you’ll find Oasis Bar, Tin Roof and Nana Funks that have three different vibes. Young adults usually prefer hanging out at Tin Roof whereas older people flock the other two clubs and stay there till the wee hours of the night.

In the Downtown area, we have The Roof. This is one of the few rooftop bars in Birmingham and is perched on the historic Redmont Hotel. It offers indoor and outdoor seating that allows young professionals and hotel guests to view the city’s skyline while enjoying a live band or DJ. Rogue Tavern and The Nick are also some impressive bars to hit with your friends.

Coming to Birmingham’s entertainment district, Five Points South, there are a variety of bars and restaurants located around the circle. The J Clyde, Zydeco, Highlands Bar and Grill, The Garage Café are known for their exceptional variety of craft beers, fresh ales and lagers, as well as tasty bar food like burgers, fried pickles, housemade kettle chips and more.

There are hundreds of diverse grass-roots sports clubs to internationally famous teams, associations and venues in Birmingham. Sports have always been important for Birmingham, which was even more invigorated after it won the first city to have been awarded the title National City of Sport by the Sports Council. Some of the biggest teams in Birmingham include Aston Villa (football), Birmingham City (football), Birmingham Moseley Rugby Club (rugby) and Warwickshire County Cricket Club (cricket). Other popular sports include basketball, hockey, netball, softball, volleyball and water polo.

Hope this Birmingham guide helps you finding your way around the city. 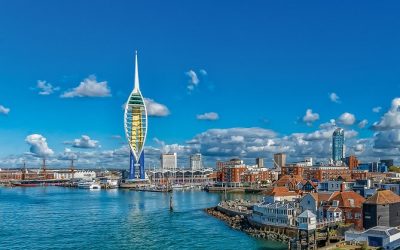 Which Are The Best Places For Students In Portsmouth?

Deciding where to live in Portsmouth as a student can be a daunting experience for you especially if you are torn between the city’s buzzing...

END_OF_DOCUMENT_TOKEN_TO_BE_REPLACED 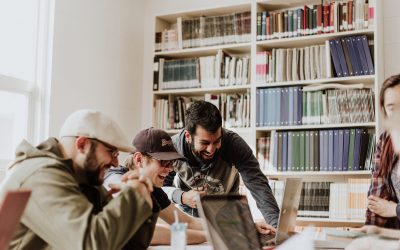 What’s weird may be unusual but does not necessarily have to be unuseful. If you are thinking of pursuing your tertiary education but do not want to...

END_OF_DOCUMENT_TOKEN_TO_BE_REPLACED 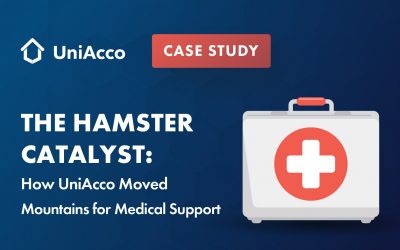 The Hamster Catalyst: How UniAcco Moved Mountains For Medical Support

The leading prop-tech company, UniAcco, has helped more than 100,000 students find their dream accommodation in more than 8 countries. We have...