Blog » Living » Here Are Some Lesser-Known Interesting Facts About Australia!

Here Are Some Lesser-Known Interesting Facts About Australia! 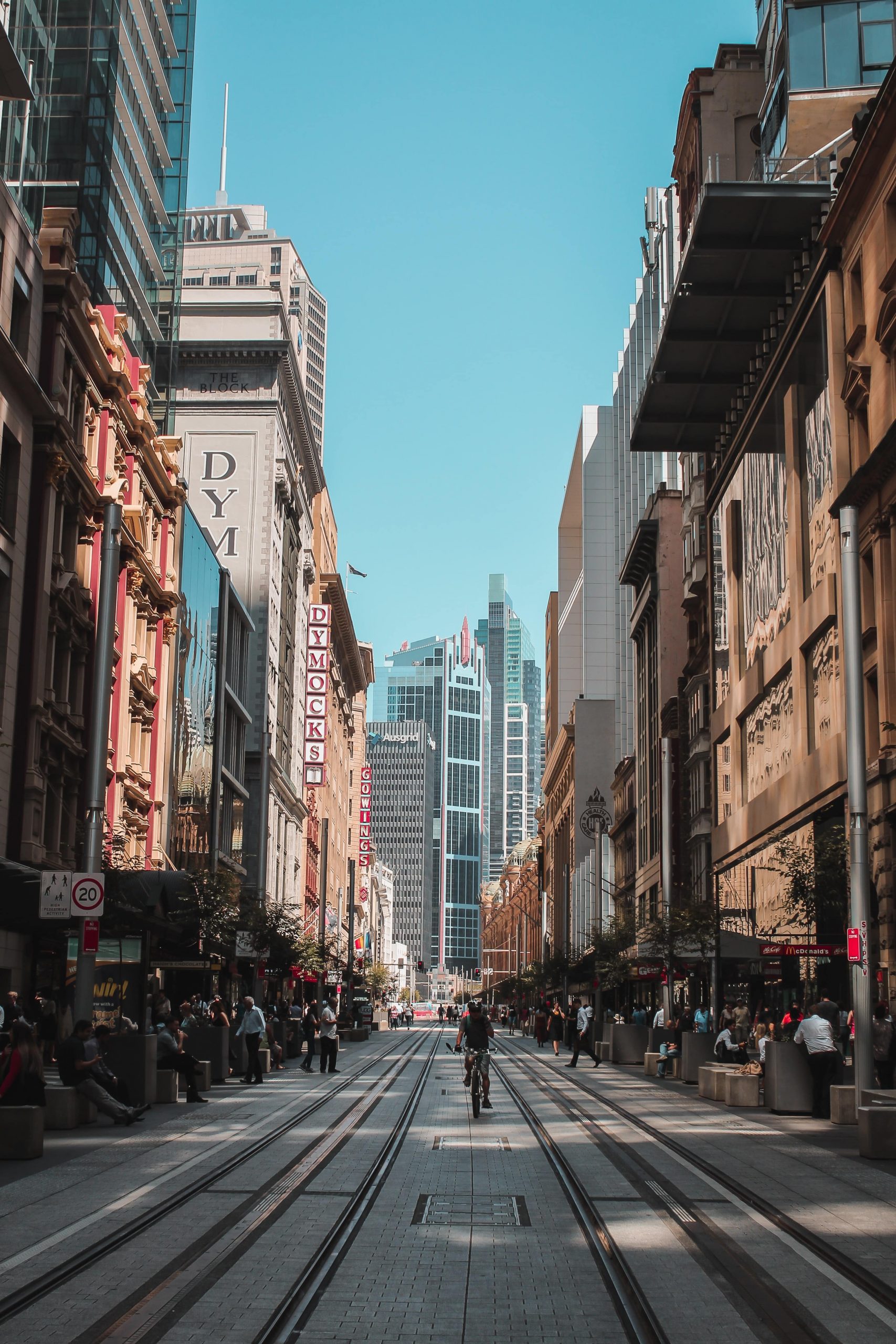 Australia is the sixth biggest country in the world and the smallest continent. It lies between the Pacific and Indian Ocean. From the tropical rain forest in the north to the cold temperate climates in the south and southeast, all the climates of the planet are found on the continent, this is one of the most interesting facts about Australia.

Visitors are also pleasantly surprised to discover that there is far more to the Fortunate Nation than they might have expected, from the barren outback to fertile rainforests, excellent flora and fauna, two of the most fascinating fossil sites in the first, world-class museums and various caravan parks that are not to be missed. There’s plenty Australia has for everybody. Now, let’s have a look at some Interesting facts about Australia

Here Are Some Interesting Facts About Australia

There are about 60 different wine regions in Australia

You can travel to Australia and not try wine, that isn’t possible! It’s hard to pick between them, with such a wide range of wine regions. Most of the wine regions are in New South Wales and Victoria, so a road ride between Sydney and Melbourne will be a perfect route to get there if you like discovering a couple of them.

Take your time to visit one of Australia’s most picturesque wine areas, the Southern Highlands, Tumbarumba and Alpine Valleys, which yield wine from a range of grapes, from Sauvignon Vert to Chardonnay. Western Australia also has a variety of vineyards that can all be accessed from Perth which can be a fantastic drive out of town to experience Australia’s wine regions.

Tasmania has the cleanest air in the world

One of the amazing facts about Australia is that the island of Tasmania is the perfect place to enjoy the great outdoors – with air as pure as Antarctica,  around one-third of the state is a national park or World Heritage protected.   It is a heaven for walkers, with walks and walkways running through the entire island, where the coastal paths give breathtaking views .

Enjoy kayaking, mountain biking and visiting the island’s caves if walking isn’t your cup of tea. Wildlife is an extension of Australia’s rare species, where the Eastern Quoll, now thought endangered on the mainland, is commonly seen in Tasmania’s rich farmland.

A highlight of every journey to Queensland is the sandy beaches of Fraser Island. Hervey Bay is the jumping-off point for visiting the country, so get on a cruise and explore the delights of this island paradise – the deep blue waters of Lake MacKenzie flanked by the white sand shore and the serenity of Champagne Baths, where you can swim in the small pools at the edge of the ocean. Another fun fact about Australia is that there are about 150 dingoes on the island, so it’s a perfect chance to spot one of the popular wild dogs in Australia, but hold your distance because they are wild animals and if approached, they may be hostile.

More snow in the Australian Alps than in the Swiss Alps

We all know that several tourists visit Australia for its brilliant beaches and year-round sunlight, the Australian Alps, straddling New South Wales and Victoria, are a mecca for skiing lovers. Snow normally comes between June and September, which ensures that during the northern hemisphere season, Australia is the ideal location to get your skiing fix.

Near Canberra, Thredbo and Perisher are two major resorts, the latter being the southern hemisphere’s biggest ski area. One of the most famous places is Blue Cow Peak, with a large variety of lodging and runs, as well as spectacular views around the Alps.

The Great Barrier Reef is the world’s biggest ecosystem

Australia’s pride and joy, made with about 2,500 independent reefs noticeable from space, is the Great Barrier Reef. One of the interesting facts about Australia is that it spreads halfway along the country’s eastern side, ensuring that there are plenty of areas to use as jumping-off points to explore the kaleidoscopic coral.

Cairns is the most popular city to begin a journey to the reef, as there are nice beaches in Townsville, Port Douglas and Airlie Beach and numerous tours that will drive you out to enjoy the reef. A highlight of every journey to Australia would certainly be snorkelling and diving with the colorful fish and turtles that call the Great Barrier Reef their home.

90 percent of Australians live on the coast

I’m sure you were not aware of one of these weird facts about Australia that the overwhelming majority of the population resides on the coasts of this massive region. Iconic areas to explore include the major cities of Perth, Sydney and Melbourne, with buzzing centres and a plethora of beaches, from the sands of Bondi to the waves of Trigg. There are hundreds of smaller beach towns beyond the main cities, where you can enjoy Australia’s lovely coastline.

Explore New South Wales’ Port Macquarie and catch your own dinner, or travel to Queensland and explore the Airlie Beach parties. The island status of Australia ensures there are thousands of surfing towns and beaches to be discovered, so join the crowds and travel to the sea.

80% of the animals are unique to Australia

Australia’s species are some of the world’s most fascinating, ranging from cuddly marsupials to an immense number of birds. From zoos and parks to spotting these rare animals in the wild, there are several ways to explore the country’s wildlife.

Kangaroos are easy to find in the fields and farm fields of New South Wales, but koalas and platypuses are a bit more elusive, so, if you want to see them in the wild, it may be really handy to have a guide show you the places where they always hide. In the center of the area, Sydney Wildlife World is a perfect place to spot anything you skip. This is one of the best Australian fun facts.

It is one of the unique facts about Australia that it does have a variety of amazing journeys by train. The Indian Pacific, the railway that winds its way through the country across the spectacular Blue Mountains into the outback towards the rugged Flinders Ranges, lies between Sydney and Perth.

It is a must to stop off in Adelaide – experience gourmet food, art museums and the town’s wide-open areas. Going off again leads you through the Nullarbor Plain, just before sweeping across the rich Avon Valley and through Perth, the straight segment occurs. Riding the Indian Pacific is a great way to see Australia’s diverse scenery while experiencing the premium train services.

2.5 km of Uluru is underground

In the red center of Australia, surrounded by scrubland and sacred to different Native groups in the country, sits the vast rock of Uluru. It is one of the only sites on earth, both on the cultural and environmental list, to be identified twice as a UNESCO World Heritage Site. Amazingly, some 2.5 km of the rock is believed to be connected underground to the Olgas, where 16 miles later the rock appears again. Isn’t this one of the most interesting facts about Australia?

The only way to understand its stark majesty is to witness Uluru at dusk, and after midnight, the pitch-black skies expose a multitude of dazzling stars. From Alice Springs, it is easy to visit Uluru, accessible by plane or as a stop on the Ghan railway from Adelaide to Darwin.

One of the most popular drives in Australia, with spectacular views and scenic views along the way, is the Great Ocean Path. The popular sight on this winding path is the Twelve Apostles, but the Split Point Lighthouse, the quaint towns of Port Fairy and the surfing coast of Apollo Bay are equally spectacular places to explore. You will spot Southern Right Whales along the coast between June and September, where they come to migrate in the winter months. The route runs between Torquay and Allansford, perfect between Melbourne and Adelaide as a surface sector road trip. This is one the most interesting facts about the Australian content. 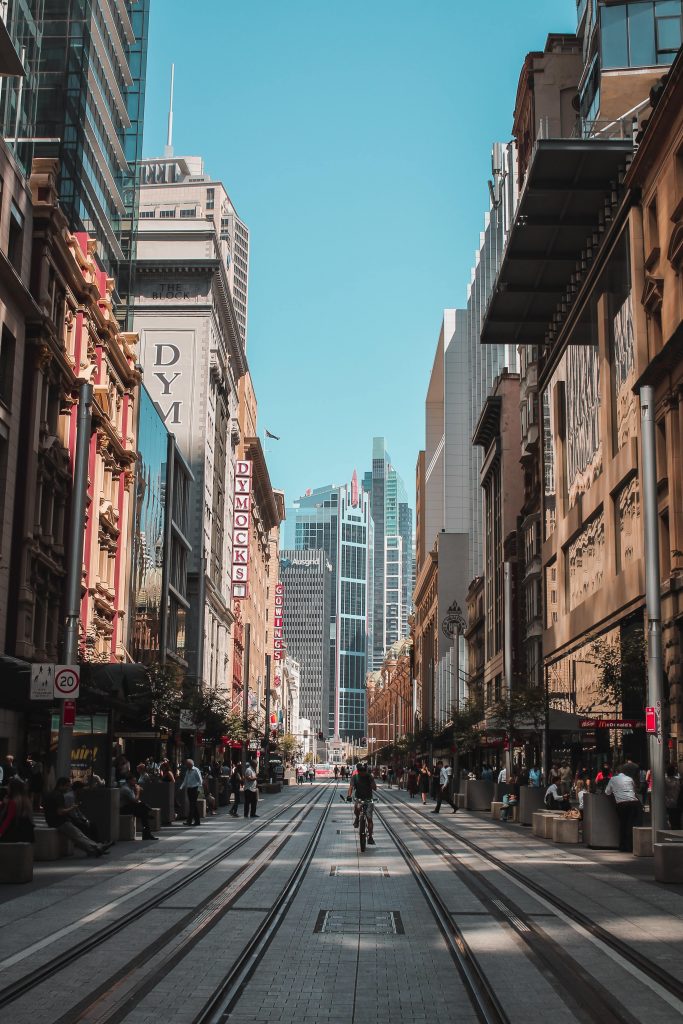 Here Are Some Lesser-Known Interesting Facts About Australia!