57 places to stay
Sort by:
Relevance

The University of Strathclyde is a world-class technical university in the centre of Glasgow, one of the major cities in the United Kingdom. Strathclyde has been delivering academic excellence via world-class research and teaching for almost 200 years. The centre, which was designed with students and staff in mind, incorporates cutting-edge teaching facilities as well as a new home for student support services and the Students' Union. The university’s popularity has brought about an increase in the number of overseas students every year which makes Strathclyde University accommodation quite the talk. UniAcco offers the finest and most affordable student accommodation near Strathclyde University.

Most of the student houses offered by UniAcco are within a short distance from the University of Strathclyde and are well-connected to public transport. At UniAcco, students can select from apartments, student halls, shared flats, studios, and a variety of other housing alternatives that are suited to their specific needs. Students can book the best Strathclyde accommodation with first-rate amenities and everything a student would need for a pleasant university experience. These properties even have on-site maintenance and service staff that are available around the clock to assist students in resolving issues. 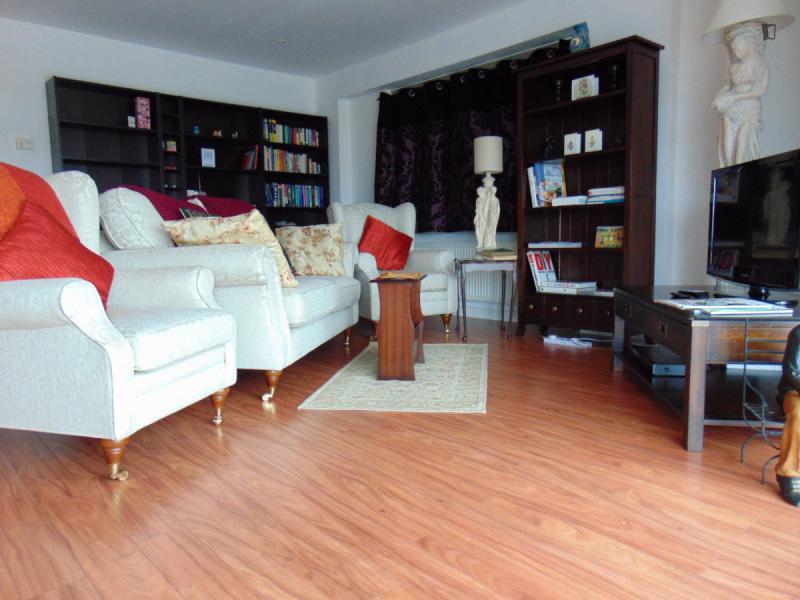 The University of Strathclyde is one of the most renowned universities in Glasgow, giving numerous cheap alternatives for Strathclyde University accommodation. Students in Glasgow have a wide choice of accommodation options, from affordable halls of residence to student dormitories to luxurious private halls of residence. On-campus accommodation may be the first alternative for students, however, it fills up very fast and can be more expensive. Strathclyde private accommodation, on the other hand, is more sought-after due to its proximity to the university as well as convenience in terms of stacked facilities and services that students can benefit from. These include non-en-suites, en-suites, studios, and communal flats that are comfortable, attractive, and inexpensive.

About The University Of Strathclyde

The University of Strathclyde is the second-youngest public research university in Glasgow and the first technological university in the United Kingdom. Nearly 23,000 students from more than 100 different countries engage in student life at the University of Strathclyde. As the first Scottish institution to win the UK-wide title twice, the University received the Times Higher Education University of the Year award in 2019. The university has achieved outstanding achievements in terms of the quantity and calibre of its research. It is now one of the top 20 research-intensive institutions in the UK, according to the most recent Research Excellence Framework (REF).

Each of its four faculties—Science, Engineering, Humanities & Social Sciences, and Strathclyde Business School—work & collaborate closely with business, government, and policy-makers, fostering an excellent track record of bringing innovations and technology to bear on societal issues. This partnership with the business has a significant impact on both research and classroom instruction, keeping academic staff and students at the cutting edge of their field.

The University of Strathclyde John Anderson's main campus is situated halfway between High Street and Queen Street Railway Stations on the North Clyde Line. Aside from this, Glasgow's city centre is a short drive from the university. The city centre also offers Strathclyde University accommodation in a variety of types, for overseas students to rent.

Glasgow has an excellent transportation system, but it might take some time to become acclimated to all of the options for getting about. In addition to bus discounts, several coaches and train operators may also provide travel discounts to students.

The most popular mode of transportation is the bus, and there is a well-developed network. Buchanan Bus Station is Glasgow's primary bus terminal.

The city features a modest subway system, which is the world's third oldest underground railway.

Rail Travel
In Glasgow, there are two main railway stations that connect locations on opposing ends of the city: Queen Street Station and Central Station.

Most of the Strathclyde University accommodation provided by UniAcco has easy access to public transport and connects well within the city as well as to the rest of the UK and beyond.

Best Student Accommodation Near The University Of Strathclyde

Glasgow, Scotland's most populous city, proudly states that "People Make Glasgow." Its friendly natives are extremely proud of their community, and it's easy to understand why. Glasgow has a plethora of cultural activities for people of all ages, as well as several large parks and some of the top schools in Scotland. Staying in the city will be convenient with lots of University of Strathclyde accommodation accessible to international students. Private student housing is usually favoured, and UniAcco lists some of the most popular Strathclyde University accommodation in areas including the City Centre, Hillhead, Shawlands, and Bearsden.

Glasgow's Buchanan View is a superbly designed student housing complex. Situated on Calgary Street, the University of Strathclyde is about a 13-minute walk from this Strathclyde Uni accommodation. It provides students with a desk and a space to study for privacy. High-speed WiFi, laundry facilities, parcel receiving services, and more are available at this property.

Spacious studios are the main focus of Merchant Studios, a well-liked Strathclyde University accommodation in Glasgow. Year-round, there is a jam-packed social calendar that includes anything from pizza sharing to movie nights. Every studio has a small double bed, plenty of workspace and storage, a sparkling en suite bathroom, and modern kitchen and dining amenities.

Students moving to Glasgow or enrolling at the University of Strathclyde can choose from a number of housing options at Collegelands, a modern student residence. This house has bright, well-designed rooms with contemporary décor.

Life At The University Of Strathclyde

The university campus and Strathclyde University accommodation are located in Glasgow's city centre. Glasgow offers a decent, inexpensive local bus service as well as a consistent subway, making it handy for students. Life at the University of Strathclyde is more than just academics with students getting access to numerous cutting-edge facilities along with memberships in clubs and societies.

The Comic Writers & Artists Society, the Board Game Society, the Chess Club, Knitters Anonymous, the Enterprise Club, and the Debates Society are all clubs and societies that students can be a part of. There is also The Byline Club, which is great for aspiring journalists, as well as a student-run TV station and newspaper.

Students at the institution have access to IT resources such as approximately 30 computer labs and 400 Wi-Fi hotspots. The university library has approximately 500 computers, a million books, and 540,000 e-books that may be accessed from the preferred study place. The library provides everything a student needs, as well as advanced academic facilities.

Student Union
Located at the heart of the campus, the £60 million Learning & Teaching facility is the spectacular new headquarters of Strathclyde Students' Union. Among the amenities are:

Strathclyde University is conveniently placed in the centre of Glasgow. There's no shortage of things to see and do in the city. It was named number 10 in the New York Times' 52 Places to Go in 2018. Here are a few notable places that are all within walking distance of campus or Strathclyde University accommodation!

Glasgow Cathedral
Glasgow Cathedral's splendour is only a few minutes walk from campus. Visitors and travellers may stand where Glasgow originally began to take form. It is the most complete mediaeval cathedral on the Scottish mainland, having been built in the 1100s.

Glasgow Necropolis
Another hidden beauty overlooking Glasgow Cathedral is Glasgow Necropolis. The Victorian cemetery, which was established about 200 years ago, makes for a delightful walk with great views of the city.

Glasgow City Chambers, which was completed in 1888, has played an important role in the city's history. It has stood above George Square for 130 years, having been opened by Queen Victoria. And it was here that Glasgow bestowed the Freedom of the City onto great figures such as Nelson Mandela and Sir Alex Ferguson.

In Scottish Gaelic, Glasgow means "dear green place," and with over 90 parks and gardens, it lives up to its name! Glasgow Green, a quick 10-minute walk from the university, is one of the city's most well-known. The 136-acre tract is Glasgow's oldest park. It also houses the People's Palace, which chronicles the narrative of the city's people beginning in the 1750s.

FAQs - Accommodation near University of Strathclyde

What different accommodation types are available near University of Strathclyde?

Can I view hostel close to University of Strathclyde before booking?