Colchester, also known as the commuter town, is located in the county of Essex, in the southeast of England. The city's most visited museum, built on the remains of a Roman temple, houses exhibits dating back to 2,500 years. As a result, it is renowned as a historic market town with the county's largest settlement. The University of Essex is also located in the city, which houses student accommodation in Colchester that reflect a modern level of life.

Once in Colchester, students have the opportunity to explore a number of interesting attractions near student houses in Colchester. Don't miss the Hollytrees Museum, which displays clothing from three centuries, Colchester Castle, which houses the town's major museum, and other historical sights including St Botolph's Priory and the Dutch Quarter. 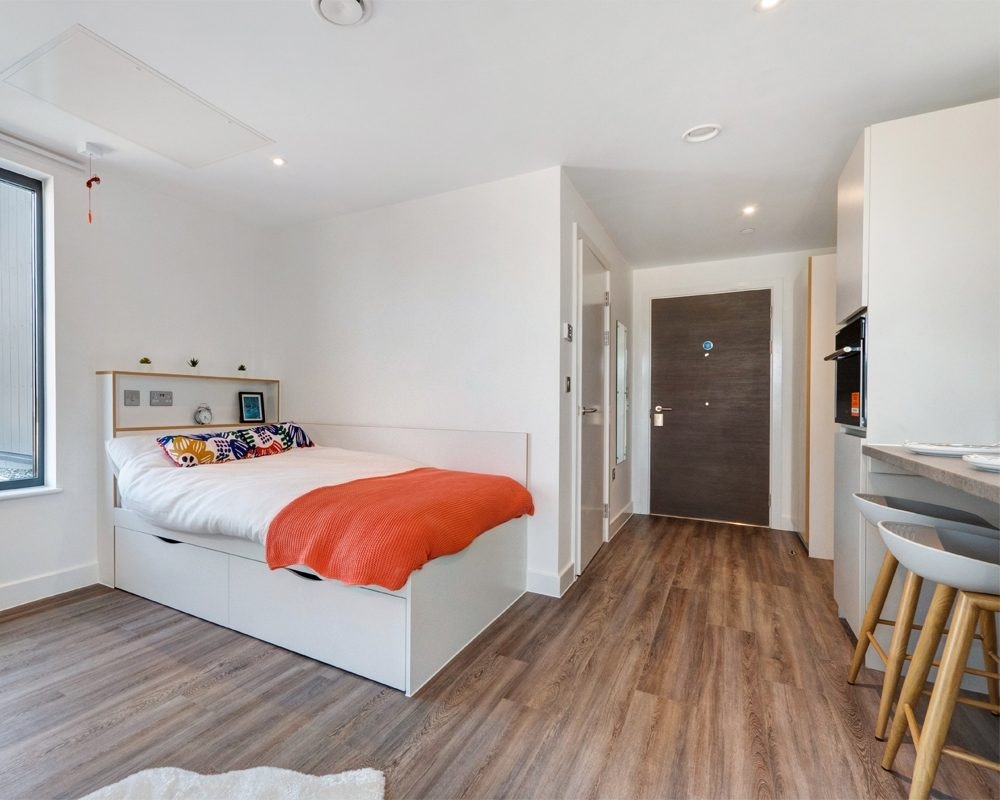 Whenever it relates to student life in Colchester, the city has a well-deserved reputation among foreign students. The town is perfect for exploring and travelling for people of all ages since it has many dynamic and colourful sites for the public. Those who enjoy spending time near peaceful bodies of water may go to the renowned Highwoods Country Park, which has a breathtaking natural beauty that will appeal to all Instagram users.

Colchester is a county city in the United Kingdom and one of the world's oldest cities, with a history dating back over two millennia. Colchester is a lovely metropolitan region in southeast England that was founded following the country's early mediaeval history. The city has a large economic sector and is very important in the country since it is the epicentre of the UK's commercial, transportation, and cultural commerce.

Furthermore, Colchester shares its boundaries with adjacent major cities such as Medway, Cambridge, and London, making it a well-connected metropolis. Furthermore, the city is claimed to be impacted by historical and present economic and combat history, allowing Colchester to experience a blend of the early nineteenth and twentieth centuries.

Universities provide outstanding amenities that are used by both domestic and foreign students. Colchester’s universities, with their wide halls, also provide superb accommodation. There is also sufficient provision for students who choose private student accommodation in Colchester. Off-campus, there's plenty for students to do, with fantastic nightlife options such as clubs and restaurants, and for those who want to explore a little further. Here you will discover information on UniAcco's private student accommodation in Colchester, including student houses in Colchester and much more.

Best Places to Stay in Colchester

Cost of Living in Colchester

Here is how you can split expenses at your student accommodation in Colchester:

(This is an approximation, expenses may vary based on how much you intend to spend)

Colchester has a specialized metro rail system that runs from Colchester railway station and neighbouring stations to Cambridge, London, and several other UK cities. These are train stations that have been well connected in a succinct manner. So you don't even have to bother about weekend trips to surrounding cities.

The bus system in Colchester operates 24 hours a day, with over 100 buses travelling up and down the city. Students may catch buses at Colchester City Terminal, which is located in the City Centre and connects to all national routes in England.

Cycling is another way to get around the city. You can explore Colchester's special bicycle locations, such as the city's well-known Lexden Park.

It's not every day that a zoo sits at the top of a list of things to do in an English town. When it comes to menageries, though, this amazing location should not be overlooked. The Colchester Zoo's 60 acres are home to over 220 species from throughout the world. Among the wide grasslands and lakes that make up this unique tourist destination, you'll come face to face with a Komodo dragon, hear a lion scream, and gaze at a white tiger. The underwater tunnel in the Patagonia sea lion pool is one of the most exciting exhibitions.

Colchester Castle, the town's most prominent attraction, is said to have been built in the late 1070s by order of William the Conqueror. It was built over the ruins of the Temple of Claudius, which was constructed during the town's tenure as Britain's first Roman capital. Today, the well-preserved castle serves as a reminder of Colchester's unique past and a lovely setting for countless photographs. Its Norman stronghold is Europe's largest surviving example.

If you're searching for peace and quiet, Beth Chatto's Plants & Gardens' six-plus acres of outstanding gardens are the places to go. This natural wonderland is an awe-inspiring beauty and a delight for the senses, yet it's only six miles from the centre of Colchester. This enormous paradise, founded in 1960 by Beth Chatto and her husband, is one of the most remarkable gardens you'll ever see. Instead of a single enormous, well-kept allotment, the estate is home to a variety of gardens, each of which flourishes in a distinct setting.

The magnificent Victorian Park that surrounds Colchester Castle is not to be missed. These gorgeous grounds, a sumptuous setting appreciated for its enormous greenery, colourful blooms, and scenic lake, are the site of many a gathering. This 11-hectare park neatly packages almost 2,000 years of history.

When touring the remains of one of England's first Augustinian priory churches, it's easy to forget you're in the twenty-first century. The majority of St. Botolph's Priory, which was founded approximately 1100, was destroyed by cannon fire during the English Civil War siege of Colchester in 1648. Only the destroyed nave exists now, yet it's still magnificent to wander around. The nave was utilised for burials in the 18th and 19th centuries.

What different accommodation types are available for students in Colchester?

Can I get a furnished student room in Colchester?

Can I get discounts for student accommodation in Colchester?