7 places to stay
Sort by:
Relevance

Swansea is a relatively inexpensive city along with its rich and intriguing history. Swansea is a wonderful location for students, and for valid reasons, higher education is central to the city. Swansea University is particularly noteworthy. Swansea University provides various international scholarships, including the coveted Excellence Scholarship, in addition to a broad selection of undergraduate and graduate degrees in hundreds of academic areas. Finding suitable student accommodation in Swansea might be a challenging endeavour, but it is not impossible. Student houses in Swansea are affordable and among the lowest in the UK.

Student cities are noted for their energetic and vibrant atmosphere. Swansea, with over 24,000 pupils, falls into this category. All of the student flats in Swansea are designed with the student’s comfort in mind, but it doesn't stop there. Swansea also provides on the cultural front to make students feel at home. Cultural events such as the International Jazz Festival, the Glynn Vivian Art Gallery, the National Waterfront Museum, Liberty Stadium, the Dylan Thomas Centre, and many more bring students together. 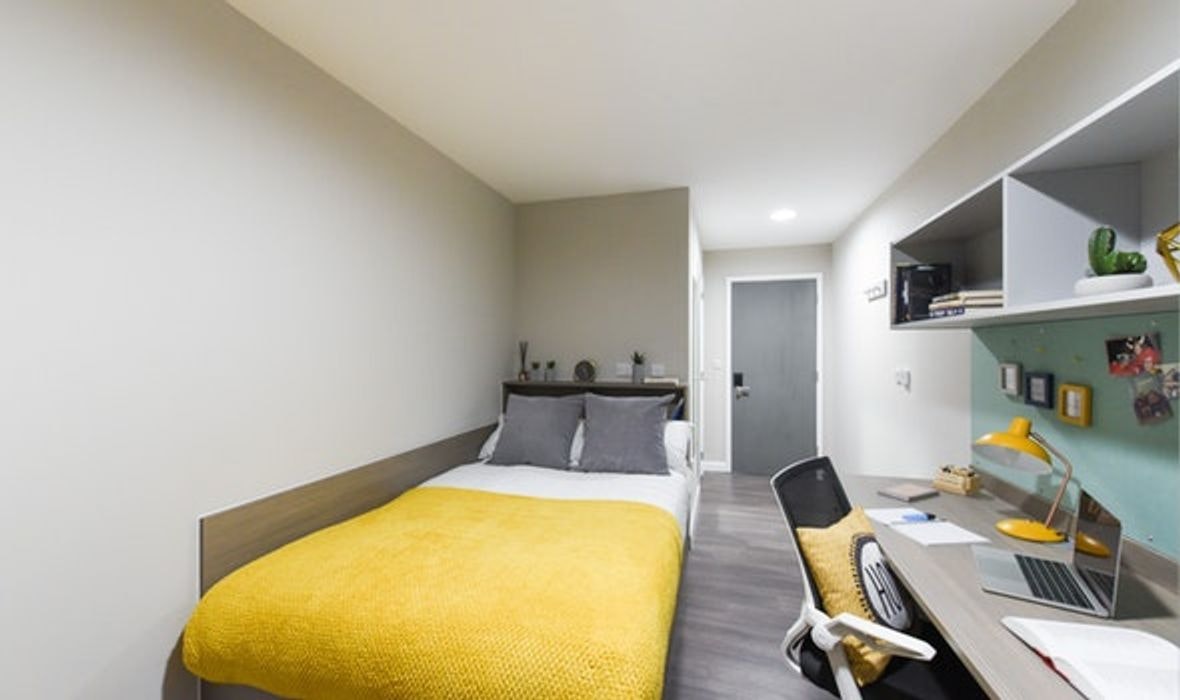 Swansea is a relatively inexpensive city. Swansea has a plethora of student housing options that won't break the bank. If you are still having difficulty finding acceptable housing, the city of Swansea provides a number of possibilities for several private rentals in Swansea. Finding suitable best student accommodation in Swansea might be a challenging endeavour, but it is not impossible. Student houses in Swansea are affordable and among the lowest in the UK, with areas such as St Davids, Swansea, Coppergate, Swansea, and True Swansea being just a few examples. These private student housing developments are close to The University of Wales Trinity Saint David, Swansea University, and Swansea University Bay Campus.

Swansea is Wales' second-largest seaside city. It serves as a vital hub for stunning beaches and islands. Swansea's coastal city is not just lovely, but it also has an intriguing approach to design and education. Swansea is proud of its two best institutions, Swansea University and The University of Wales Trinity Saint David, as its two top educational competitors. Needless to say, the institution has an annual intake of around 20,000 students, and life on campus is frequently enthralling and pleasant owing to the environment and location of the university itself.

The majority of programmes cover the cost of housing, however for others, you may need to find private student accommodation in Swansea. You will discover some inexpensive student homes near these universities, one of which being St Davids, Swansea, which has great living amenities. It is also well connected to the city centre via public transportation. The student flats in Swansea are ideal for students who want to keep their privacy while having a wonderful time. If you want any further assistance regarding student lettings in Swansea, please do not hesitate to contact us.

Universities provide outstanding amenities that are used by both domestic and foreign students. Swansea’s universities, with their wide halls, also provide superb student houses in Swansea. There is also sufficient provision for students who choose private student accommodation in Swansea. Off-campus, there's plenty for students to do, with fantastic nightlife options such as clubs and restaurants, and for those who want to explore a little further. Here you will discover information on UniAcco's private student flats in Swansea, including student houses in Swansea and much more.

Best Places to Stay in Swansea

UniAcco offers many options for student accommodation in Swansea. The locations of these private student housing in Swansea are very affordable and are located close to your university.

Cost of Living in Swansea

You have various extremely affordable modes of transportation in the city to aid you with your journey. To make your travel easier, the city has buses, railroads, highways, canals, and carpooling services. Because the bus is the most popular mode of transportation, you may save time and money by carpooling. Students benefit from the travel pass, which allows them to purchase discounted train and bus tickets. Most student accommodation in Swansea is immediately connected to these linkages, so you won't have to drive far to get to your university or the city centre.

First and foremost, Cymru conducts bus services throughout the city. South Wales Transport, Lewis Coaches, First Call Travel, and DANSA all provide services in the city, with the majority of them serving Swansea bus terminals.

Swansea is a thriving artistic community, and The Glynn Vivian Art Gallery is largely regarded as the city's top exhibition site. The gallery was founded in 1911 by the initial donation of Richard Glynn Vivian (1835-1910) and is owned by the City and County of Swansea. It has a unique collection accumulated over the previous century, which continues to develop with new work from today's artists, thanks to gifts, contributions, and the annual Wakelin Award.

Mumbles is a lively coastal community with approximately 120 shops, restaurants, and bars lining the west side of Swansea Bay. A rich source of wonderful seafood, much of the local produce makes its way into the best institutions of London and Paris - so sample it here at the restaurants selling locally caught fish. The Oystermouth Food Festival is one of several gourmet attractions, and the rivalry for the best ice cream parlour in Mumbles is as heated as ever.

The first market opened in 1897, beneath the biggest glass and wrought iron building in the UK. Swansea Indoor Market was destroyed during World War II, along with much of Swansea City Centre, but it was restored and is now the largest of its kind in Wales, with over 100 booths. Many local delicacies, like as cockles and laverbread, a world-renowned delicacy produced from seaweed harvested on the North Gower coast, maybe sampled here.

The Dylan Thomas Centre is a permanent exhibition on the life and times of one of the twentieth century's literary giants, Dylan Thomas. Dylan Thomas was born and raised in Swansea, and there are a number of excursions and guides available that will bring you closer to the man and the storey.

There are various parks and gardens worth seeing in Swansea, but Clyne Gardens stands out for its sheer drama. Planting is extensive and unusual, ranging from rhododendrons to Elephant Rhubarb and American Skunk Cabbage. The Japanese garden, with its vividly painted bridge, just adds to the wonderful perplexity.

What different accommodation types are available for students in Swansea?

Can I get a furnished student room in Swansea?

Can I get discounts for student accommodation in Swansea?