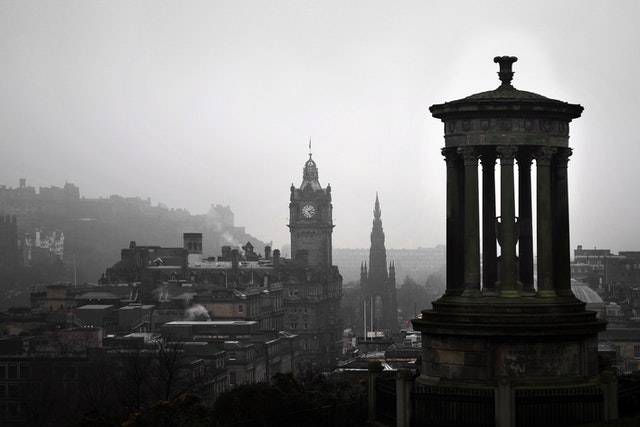 Aberdeen is Scotland’s third-largest city after Glasgow and Edinburgh. Aberdeen has also been rated as one of the happiest and most livable cities in the UK, and although it’s colder than most of the rest of the UK, it’s still one of Scotland’s sunniest cities. It is named ‘The Granite City‘ because of its frequent usage of local grey granite in its structures. The ancient port city, Aberdeen, has fallen nine positions to the 64th position in the world this year. Although the city cannot be considered affordable to live in relative to other cities around the world, it has the highest affordability ranking in the UK, due to lower housing rates than other British destinations. For eg, the average cost of a one-bedroom apartment in Aberdeen is £607 (approximately US$787 per month compared to Manchester, where the average cost is £823 (approximately US$1,067) per month. Here is the list of universities in Aberdeen

The University of Aberdeen has climbed into the top 20 in the UK list of top universities in Aberdeen. Being the fifth oldest university in the United Kingdom, the University of Aberdeen blends ancient heritage with the latest of new teaching and learning facilities. They have an international campus in Doha, Qatar which gives the same great experience as studying in Aberdeen.

The classic buildings of the University act as symbols of wider Aberdeen, with particularly Marischal College in the city centre and the crown steeple of King’s College in Old Aberdeen. There are two campuses; the predominantly utilised King’s College campus which dominates the section of the city known as Old Aberdeen is approximately two miles towards the northern side of the city centre. Although the original site of the university’s foundation, most academic buildings apart from the King’s College Chapel and Quadrangle were constructed in the 20th century during a period of significant expansion.

The university’s Foresterhill campus is next to Aberdeen Royal Infirmary and houses the School of Medicine and Dentistry as well as the School of Medical Sciences. Together these buildings form one of Europe’s largest health campuses. The University is divided into 12 schools which are organised within a broad range of disciplines. The larger schools are sub-divided into three teaching colleges.

Multi-disciplinary institutes and research centres bring together the universities in Aberdeen experts to collaborate on pioneering research projects across the UK and beyond.

The university has about 14,000 students and a broad international presence of more than 120 nations. Undergraduate students can select from about 370 first degree programs, and undergraduates can conduct a supervised study in all branches of the University and choose from more than 120 master degrees.

At Aberdeen, graduate employability is at the core of what they do with an outstanding 96.6 per cent of learners joining or continuing to study within six months. The University has an outstanding reputation for teaching quality and science (the 2014 Study Excellence Matrix findings ranked more than 75 per cent of the institution’s studies as world-leading or globally excellent) and five Nobel Prize winners are affiliated with the top universities in Aberdeen.

It became a university in 1992 and emerged from an educational institution established in the 18th century by Robert Gordon, a wealthy Aberdeen merchant, and numerous institutions that offered adult education and technical education in the 19th and early 20th centuries. It’s one of two universities in the region (the University of Aberdeen is the much older one). RGU is a campus university and its sole campus in Aberdeen is situated in Garthdee, in the south-west of the region.

The campus extends to 57 acres,  although a small part of this is currently landscaped parkland, which is undeveloped or is under construction. In addition, the university owns a further 20 acres of land to the west (primarily woodland) and 54 acres at Waterside Farm on the opposite bank of the River Dee.

The university grants degrees in a broad variety of disciplines, from BA/BSc to PhD, mainly in the fields of professional, technological, health and creative disciplines and those most relevant to business and industry. A variety of conventional undergraduate degree programmes are still offered, for example in social sciences. In addition, academic and scientific professionals at the university produce research in a variety of fields.

The university’s Accommodation Services department is supposed to make arrangements for students to be placed in one of nine halls of residence which are located across the city.

As for the sport’s activities, the Garthdee campus provides a vast range of sport and fitness facilities to the university community as well as to the common public. The RGU Boat Club contests the annual Aberdeen Universities Boat Race each Spring against the University of Aberdeen. Both of the top universities near Aberdeen also compete every year in the Granite City Challenge.

Are you looking for accommodation near the top universities in Aberdeen? Read: