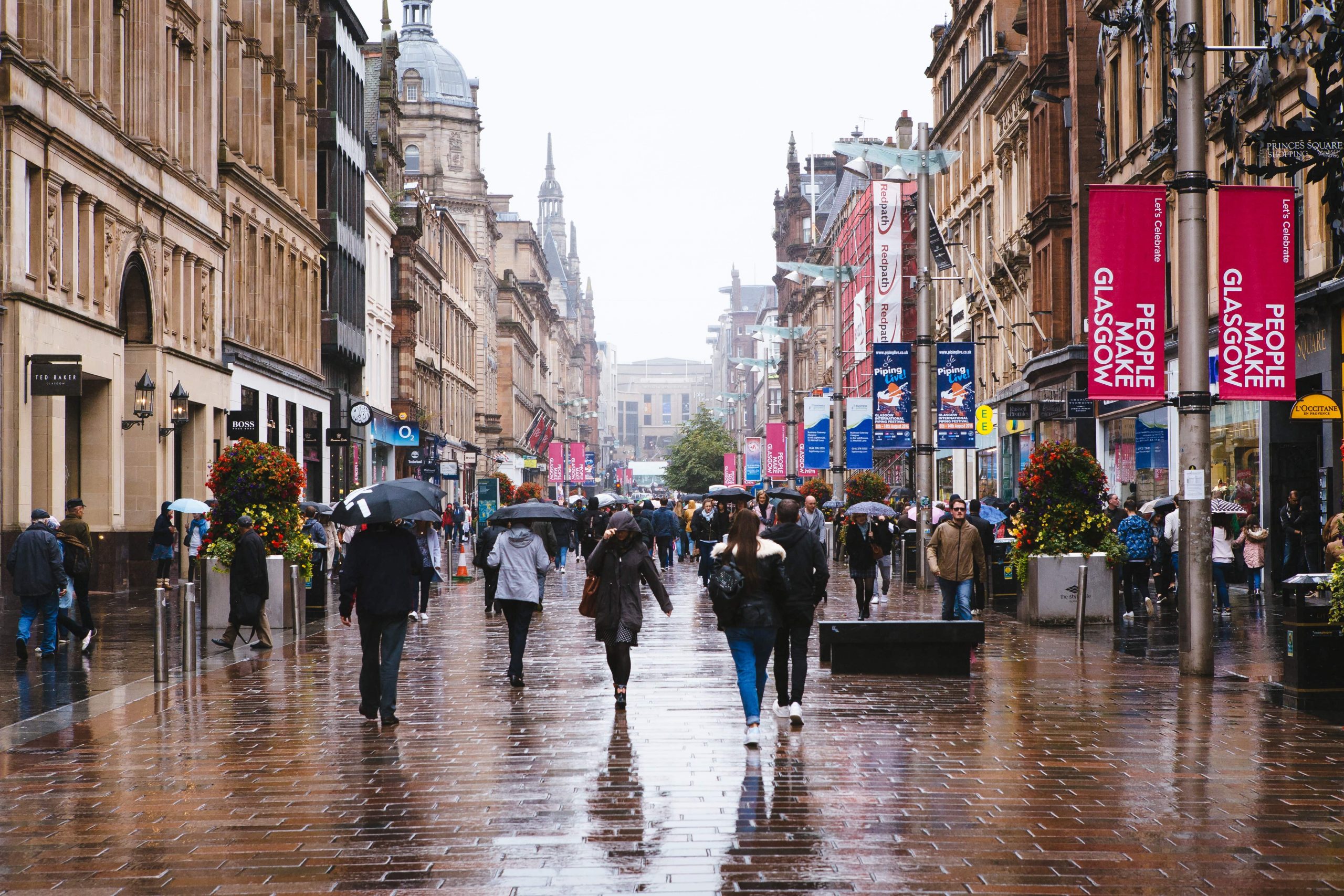 Glasgow fondly referred to as Scotland’s ‘dear green place,’ is the country’s throbbing heart. The city has been surprising and entertaining to both, students & tourists alike, for decades. It is known for its vibrant character, industrial heritage, and amazing art and music culture. In this city, glitz and grit coexist, and gentrification hasn’t snuffed out the city’s raw character, which makes it Scotland’s most international and culturally diverse. So, what is Glasgow famous for? There are tonnes of intriguing facts about Glasgow that are sure to amaze you, from historical landmarks to eccentric tales. You may find a list of these fun Glasgow facts below.

Glasgow’s subway system, which opened in 1896, is the world’s third-oldest underground railway system. The bright orange carriages and consistent service have earned it the moniker ‘The Clockwork Orange.’ If you’re an international student planning to migrate to Glasgow, do keep in mind that this train system, serves as an excellent transport link and helps students commute across the city.

#2 Glasgow’s Trees Seem To Be Older Than Dinosaurs

In Glasgow’s Victoria Park, Fossil Grove is home to eleven particularly remarkable trees. What makes this stand out amongst these mind-blowing facts about Glasgow is that these Carboniferous Period tree trunks are 330 million years old, making them twice as ancient as dinosaurs. The trees were revealed during excavations to create a new park from an old quarry in 1887.

#3 Chicken Tikka Has Its Roots In Glasgow

Chicken tikka masala is commonly regarded as the UK’s national dish, and British Foreign Secretary Robin Cook praised it as a symbol of modern multicultural Britain in a speech in 2001. However, chicken tikka, Britain’s favourite dish has long been a mainstay on Indian restaurant menus from London to Aberdeen. Numerous data show that this allegedly Indian cuisine originated in Glasgow, which brings this to the list of intriguing facts about Glasgow. According to Britannica, many people believe the dish was first made in the 1970s by a Bangladeshi chef in Glasgow, Scotland as an experiment to please a customer.

#4 The First Ever Ultra-Sound Machine Was Developed In Glasgow

Glasgow has long been a centre for science, art, and learning, and the city’s fantastic museums are brimming with artistic, cultural, and scientific treasures. One of the most well-known facts about Glasgow is that the world’s first ultrasound machine was invented and initially used in Glasgow in the 1950s. This incredible innovation has changed the lives of women ever since, and it is now on display at the Hunterian Museum at the University of Glasgow.

John Logie Baird, a Scottish engineer, is acknowledged for inventing the television which is now an integral part of our lives. Sending images to a screen that everyone with a set can see may have seemed like a crazy notion at the time, but it is now a part of everyday life. Glasgow was the first place where you could actually watch television. In 1926, Baird sent the first moving images from London’s Royal Institution to Glasgow’s Grand Central Hotel, which was located in the city’s Central Station.

#6 Glaswegians Call It The Real ‘City Of Love’

Most people will choose Paris as the ‘city of love’ if you ask them. Even though the Eiffel Tower is a well-known landmark for wedding ceremonies, Glasgow has every right to contest Paris’ claim to the title. Valentine’s Day, the unique February occasion that we all appreciate comes from St. Valentine. You might be surprised to know that in 1868, St. Valentine’s remains were moved to Glasgow. The city has a perfect love spirit, making it a wonderful place to propose to your special someone. Additionally, it is home to some of the most distinctive wedding destinations, helping couples to plan a really special day.

#7 The City Is Swarmed With Film Buffs

Are you a film buff or a cinephile? If so, then brace yourself for one of the most interesting facts about Glasgow – as the city is resonant with entertainment and cinema. In fact, Glasgow had 114 cinemas – more theatres per person in 1939 than any other city in the UK. The typical Glaswegian watched 51 movies per year.

We hope you enjoyed your read on 7 Mind-Blowing Facts About Glasgow. If you’d like to check out our other blogs, we suggest you have a look at these –