16 places to stay
Sort by:
Relevance 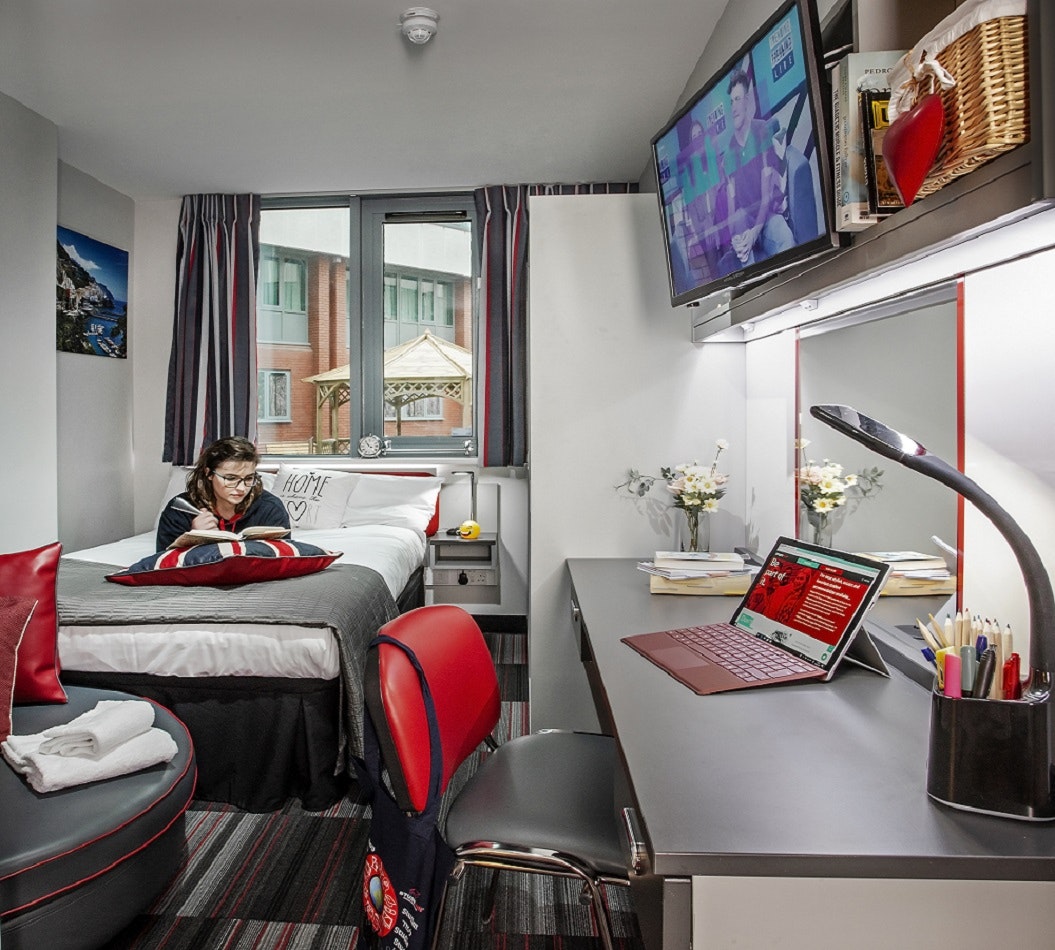 Loughborough provides a wealth of economical yet beautiful student accommodation choices. If overseas students prefer not to commute to and from college on a daily basis, they can choose to remain at the Loughborough University accommodation. However, these may be rather expensive, and there may be a scarcity of appropriate options in the end. Many students save money by living off-campus. These are far less costly and more suited to students. UniAcco offers some of the greatest private student housing options in Loughborough, with the majority of houses located within walking distance of Loughborough University, providing ample facilities for students.

Loughborough University is a public research university in the British East Midlands market town of Leicestershire. Although it has been a university since 1966, the college was formed in 1909 as the Loughborough Technical Institute, with a focus on practical skills and knowledge.

Loughborough now ranks in the top seven in every national university league table in the UK, as well as first in its area. The university offers undergraduate and postgraduate degrees for 18,439 students under the supervision of 1,255 successful members of staff from all over the world. It is the only institution to get The Times and Sunday Times' 'University of the Year' accolade twice. Since the university is conveniently placed near the transport links, students find it relatively easier to commute from their Loughborough University accommodation on a daily basis.

The main campus is located on Epinal Way in Loughborough, which is a short journey from the city. The Loughborough University halls of residence are located within walking distance of the most popular tourist sites. It is recommended for first-year students to check local train officials and obtain a discount Loughborough PlusBus.

Loughborough is a small town in the Charnwood borough of North Leicestershire. One of the main appeals for students relocating to Loughborough is the city's outstanding transportation links, which include quick access to the M1 and closeness to Leicester, Nottingham, and Derby. You can also take the train to London in 90 minutes. That's not even taking into account the fact that East Midlands Airport is only 15 minutes away!

UniAcco provides some of the best Loughborough University accommodation most of which are located in close proximity to the university. You can find a wide range of flats, ensuites, studios, shared apartments, and more. We have listed a few prominent properties provided by UniAcco below -

Loughborough University has around 17,000 students and 3,700 workers. It is a member of the well-known overseas academic network UNITECH Worldwide and partners with a number of international universities, including MIT, IIT Delhi, and Nanyang Technological University.

The university is located on a bustling campus that encompasses 440 acres of lush flora and is accredited by an internationally recognised environmental management system. The institution has a student community for 600 students, as well as recreational and fitness facilities making it convenient for those staying at the Loughborough University accommodation. The student village includes a world-class Elite Athlete Center and Hotel with 44 four-star rooms, as well as a number of other attractions. The university has over 170 clubs and organisations to choose from, as well as a lively campus that offers students infinite opportunities for progress.

The institution also has close ties with a number of financing agencies and sponsors, including the Brunei High Commission, the Libyan Embassy, the Cultural Attaché Office in Oman, and the Chevening Organization. Loughborough University provides students with the skills and information they need to increase their employability and provides them with a plethora of excellent job prospects.

The professors have been preparing their lessons to be as participative, engaging, and inclusive as possible. At the Loughborough University accommodation, there will be on-campus in-person training, on-demand pre-recorded lectures, and online live interactive sessions.

The Union building, located in the northwest part of campus, accommodates a number of organisations and groups, as well as retail, entertainment, and other events. The Union has five rooms, each with its own theme. Loughborough Students' Union (LSU) received the International Experience Award from the National Union of Students.

Loughborough University has expanded over the last several decades to the point where you can find one out of every four residents at the Loughborough University accommodation. The town is famous all over the world for its bells. The John Taylor & Co Bell Foundry is the final foundry in the UK, manufacturing bells for St Paul's Cathedral as well as other churches and organisations across the world.

Queen's Park, a cultured Victorian park, opened in 1899 to mark Queen Victoria's diamond jubilee. Within its boundaries are a few of Loughborough's most notable attractions, including the Charnwood Museum and the Loughborough Carillon. There is also a bandstand, which is bordered by symmetrical formal flower beds and shrubs.

Loughborough's major museum is housed in the old baths in the northwest corner of Queen's Park. You'll learn about Charnwood's ancient trades, such as basket weaving and oak carving, and go back in time to 600 million years ago when Charnwood was just volcanic.

The 46-meter carillon in Queen's Park is a landmark that can be seen for kilometres. Following World War I, it was erected as a memorial. The carillon's neo-Baroque design is inspired by the famous Flanders belfries, where the British Army suffered numerous fatalities during the fight. Military displays may be seen on the first and second levels, as well as the carillon on the third level and the bell chamber and terrace beyond.

Loughborough saw a construction boom in the 1930s, leaving the city with a plethora of Art Deco architecture. Despite the presence of chain businesses on the ground floor, this is most obvious in the magnificent elevations along Market Street and Market Place. Another attraction is the new Odeon cinema on Cattle Market, which is situated in a 1936 Grade II-listed building.

What different accommodation types are available near Loughborough University?

Can I view hostel close to Loughborough University before booking?