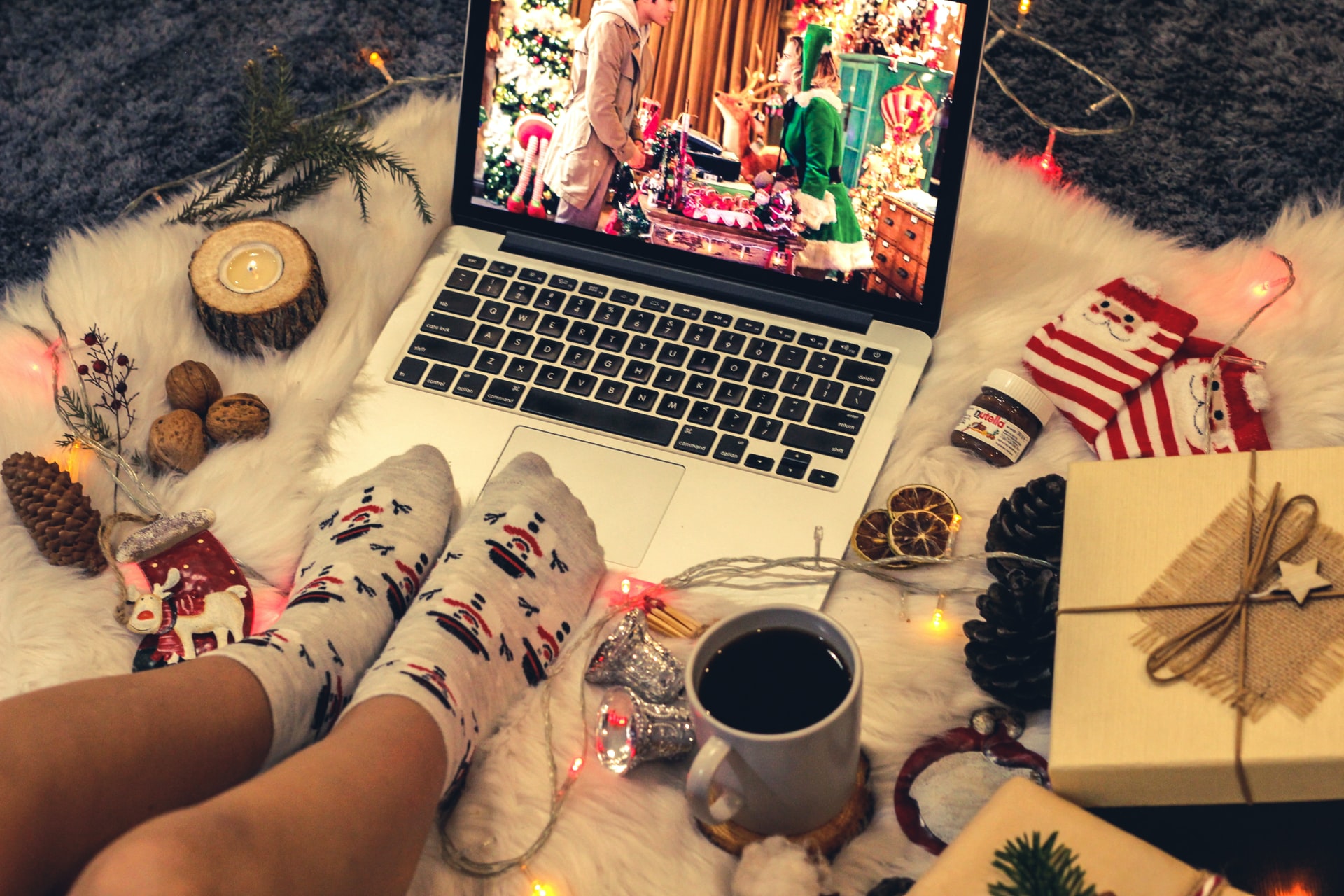 Someone, somewhere once said a thing...and now we remember it because they probably wrote it down! From writing in my personal diary to writing blogs the world could relate to, its been quite a journey and I wish to walk some more, preferably making sojourns along the way.


Looking for an excuse to snuggle in your blanket and watch a movie while sipping hot chocolate? You’ve come to the right place while discovering some of the classic Christmas movies of all time. This list covers Christmas horrors, thrillers to romance, and comedy.

Let’s first look at the classic Christmas movies before diving into specific genres.

A Christmas Story is a 1983 American Christmas comedy film directed by Bob Clark and based on semi-fictional anecdotes from Jean Shepherd’s 1966 book In God We Trust: All Others Pay Cash, with some aspects from his 1971 book Wanda Hickey’s Night of Golden Memories And Other Disasters. It is one of the classic Christmas films in North America, starring Melinda Dillon, Darren McGavin, and Peter Billingsley.

The Christmas stop motion animated television spectacular Rudolph the Red-Nosed Reindeer premiered in 1964. The episode was inspired by Johnny Marks’ song “Rudolph the Red-Nosed Reindeer,” which was based on a poem by Marks’ brother-in-law, Robert L. May, published in 1939. The TV special introduced various new characters based on the song’s lyrics, with a teleplay by Romeo Muller.

Bitter and hateful, the Grinch is irritated at the thought of the nearby village having a happy time celebrating Christmas. So disguised as Santa Claus, with his dog made to look like a reindeer, he raids the village to steal all the Christmas things. The village is sure to have a sad Christmas this year.

The film is set during WWII and portrays a love triangle that unfolds over the holidays at a hotel. Characters played by Bing Crosby and Fred Astaire sing their way through numerous crushes. Irving Berlin composed 12 original songs for the film, including the legendary “White Christmas,” which spawned its own film in 1954 starring Bing Crosby.

Also read: How To Party On A Budget As A Student?

We’ll never know why two snowy Irving Berlin tales are starring Bing Crosby and the General Waverly’s Inn—White Christmas (1954) and Holiday Inn (1942). We treat it as if it were a present from Cine-Santa and an excuse to watch a double feature. The one where Crosby and Danny Kaye sing and dance to prevent their inn from closing has to be our favourite of the two. White Christmas is undoubtedly one of the best classic Christmas movies of all time

This 1940 classic about a pair of shop clerks whose quarrel intensifies with every Christmas sale and whose love blooms with every letter of written contact was the inspiration for You’ve Got Mail’s tech-age storey. This one’s all about pen pal mystery love. While there isn’t a Santa appearance, it does feature James Stewart, the season’s other most famous figure making it one of the most iconic Christmas movies.

Also read: Why You Should Be In The UK During Christmas

A Charlie Brown Christmas is an animated television special that aired in 1965. It is the first television programme based on Charles M. Schulz’s comic strip Peanuts. The show premiered on CBS on December 9, 1965, and was produced by Lee Mendelson and directed by Bill Melendez. Despite the arrival of the joyous Christmas season, Charlie Brown is melancholy in the special.

George Bailey considers suicide on Christmas Eve 1945 in Bedford Falls, New York. Angel 2nd class Clarence Odbody is assigned to save George to earn his wings, and the prayers of his family and friends reach heaven. George’s life is presented via flashbacks to Clarence. He sees 12-year-old George rescuing his younger brother, Harry, from drowning, but he loses his left ear’s hearing. Later, George saves a child’s medication from being poisoned by the upset local druggist, Mr. Gower. If you feel like watching a classic Christmas thriller movie, this is your sign.

Kevin McCallister (Macaulay Culkin), an obnoxious 8-year-old, is forced to sleep in the attic by his mother (Catherine O’Hara) the night before a family trip to Paris. Kevin wakes up to a deserted house after the McCallisters depart for the airport without him, thinking his yearning to be alone had come true. But his joy fades when he learns that two con artists (Joe Pesci and Daniel Stern) are planning to rob the McCallister home and that he is the only one who can safeguard the family home. The Christmas season is always incomplete without any part of Home Alone as the series always makes it to the list of the classic Christmas movies.

In this holiday classic, an elderly man named Kris Kringle (Edmund Gwenn) takes the place of an inebriated Santa Claus in Macy’s annual Thanksgiving Day parade. Kringle is such a sensation that he begins to appear regularly at the chain’s flagship shop in Manhattan. When Kris Kringle shocks customers and coworkers by claiming to be Santa Claus, a court fight ensues to verify his mental health and, more crucially, his genuineness.

When a priest begins to question himself, an angel appears to him. The divine emissary is intended to assist the good reverend with his midlife crisis, but the cleric’s gorgeous young wife diverts his attention. The Bishop’s Wife is remade with evangelical music. You must watch this movie as it makes it to the list of the most iconic Christmas movies.

Frank Cross (Bill Murray) is a tremendously successful television entrepreneur whose chilly ambition and curmudgeonly personality has driven away from the love of his life, Claire Phillips, in this modern spin on Charles Dickens’s “A Christmas Carol” (Karen Allen). However, after dismissing a staff member, Eliot Loudermilk (Bobcat Goldthwait), on Christmas Eve, Frank is visited by a succession of ghosts that allow him to reconsider his actions and make up for the mistakes of the past.

In 1843 London, author Charles Dickens finds himself in financial trouble after writing three unsuccessful novels in a row. Desperate for a hit, Dickens relies on real-life inspiration and his vivid imagination to bring Ebenezer Scrooge, Tiny Tim, and other classic characters to life in “A Christmas Carol,” forever changing the holiday season into the celebration known today. Even though this movie was released just recently, it sure makes it to the list of the most classic Christmas movies of all time because of the novelty of its plot.

Thanks for reading this blog on 13 Classic Christmas Movies From The 20th & 21st Century. If you liked reading this article, the following should be of interest to you:

5 Easy Ways On How To Fill Your Room With Plants

← Prev: Why You Should Be In The UK During Christmas Next: 5 Tips to Rent Budget Apartments for Students →
You might also like 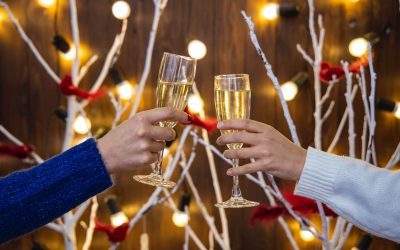 If you feel like making a style statement this new year’s eve, all you need to do is an idea and an outfit. A well thought of party dress is capable...

END_OF_DOCUMENT_TOKEN_TO_BE_REPLACED 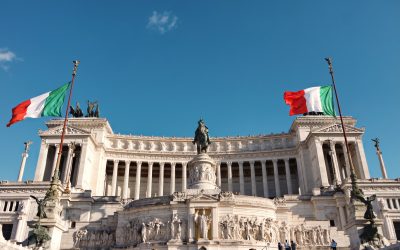 If you are planning to study abroad, you may want to grab the most prestigious opportunities out there. One way to study at a university that not...

END_OF_DOCUMENT_TOKEN_TO_BE_REPLACED 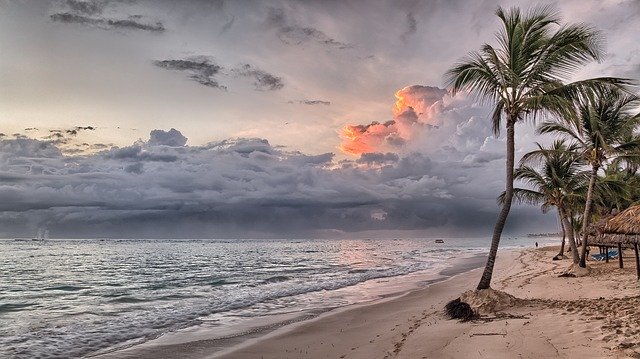 Liverpool Beaches That You Must Visit!

Let us virtually travel to the beautiful city of Liverpool, England. As one of the largest metropolitan areas in the United Kingdom, Liverpool has...