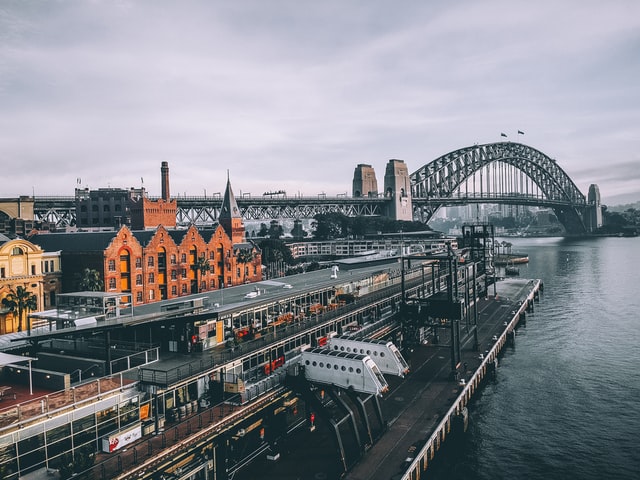 The country renowned for its vibrant and rich wildlife has a strong culture and folk scene. Australians love to party, so you’ll notice plenty of festivals in Australia to hang out and events to relax. If you want to experience good food, exciting music, a vibrant atmosphere, and an unforgettable time. Then Australia offers you eternal moments of fun and some interesting festivals throughout the region.

Be part of the celebration and discover Australia’s ethnic communities and other significant things about Australia’s most popular festivals. As we bring you the ten best Festivals In Australia that you absolutely should not skip. And add at least one of these festivals for a rewarding experience to your itinerary. Here is a list of festivals in Australia.

The Adelaide Festival of Arts is one of the festivals of arts, an annual art festival which takes place in Adelaide in southern Australia in March. It is considered a leading cultural festival in Australia and is one of the most significant international festivals of the arts. It involves activities such as theater, dance, modern and classical music, and literature. The Festival receives tourists from both the State and from abroad. This jewel is one of Australia’s greatest art celebrations and catches the imagination of the world’s viewers.

A stand-up comedy festival is organized by MICF, the Melbourne International Comedy Festival. The festival runs every year from March to April and lasts four weeks in Melbourne. The MICF welcomes hundreds of musicians from around the world. The festival is organized to benefit local musicians. The festival has featured talent shows, performances, improvisational theatre, discussions, musical events, and art expositions. While the mainstream is stand-ups and cabarets. One of the most important forums for the emergence and establishment of popular comics in the world, this festival offers shows from funny to stunning stage art.

There isn’t anything more than that in Australian festivals. This is an unforgettable celebration. This is one of the world’s most important and famous free activities, and the crowd continuously increases at midday. Feasts are packed with fireworks, light shows, and pool parties. Travel and greet and partake in one of Australia’s most spectacular family festivals. Experience a popular New Year’s Eve party around the world.

The Byron Bay Blues Fest, one of the biggest festivals in Australia is an Australian annual music festival held in Byron Bay, New South Wales, during the Easter weekend. The five-day festival of Blues Music is one of the leading contemporary music festivals in the world and features significant numbers of root blues artists from Australia and around the world. It is a paradise for music fans, with large grocery stores, licensed bars, quick-food corners, and beer counters added to the overall appeal, last year attended by over 5 000 visitors.

The International Arts Festival in Melbourne is an international festival of arts. The spirit of Australia’s dance, theater, literature, circuses, performing arts, multimedia festivals, and celebrations is reflected in the whole of Melbourne, Australia. More than 400,000 participants participate in the festival. Epic presentations of art have been noted throughout the festival. It is one of the most successful festivals in Australia and provides an insight into the changing cultural dialog between the artists and their public world-wide and art installations.

The only Aboriginal event in Australia is Parrtjima. In this case, the oldest living civilization in the world is celebrated with the latest technologies. One of Australia’s most stunning festivals. The festival revolves around the country’s indigenous musicians. The aim is to raise awareness of the former but unexplored aboriginals’ art forms and to show their magnificent artworks while also encouraging others to be informed about their rich culture and history. It is one of the religious festivals in Australia.

The Spring Racing Carnival is a race series that takes place annually in October and November in Melbourne. Australia is heavy on horses, and none at the Melbourne Cup is more clear. The event usually takes place every first Tuesday in November to put a stop to the whole world. Alongside the run, there are a number of competitions.

The annual LGBT festival in Sydney, Australia, is the Sydney Mardi Gras. With foreign and domestic visitors, Sydney Gay & Lesbian Mardi Gras is one of Australia’s main tourist attractions. The three-week LGBT Festival, held for the last 40 years in Sydney, celebrates pride, self-expression, and passion, is among the best festivals in Australia.

Vivid Sydney is Sydney’s leading winter exhibition, a yearly festival of light and music and ideas celebrated in Sydney. It contains local and foreign musicians’ performances. The event is held in May and June. Vivid Sydney is a mix of light-sculptures and immersive digital work and a forum for the sharing of ideas through collective discussions and discussions with leading designers.

Thanks for reading the Top 10 Best Festivals In The World. If you are interested in reading more such blogs, do check out Here’s How To Earn College Credits In 2021 and Easiest Universities To Get Into In London For International Students.