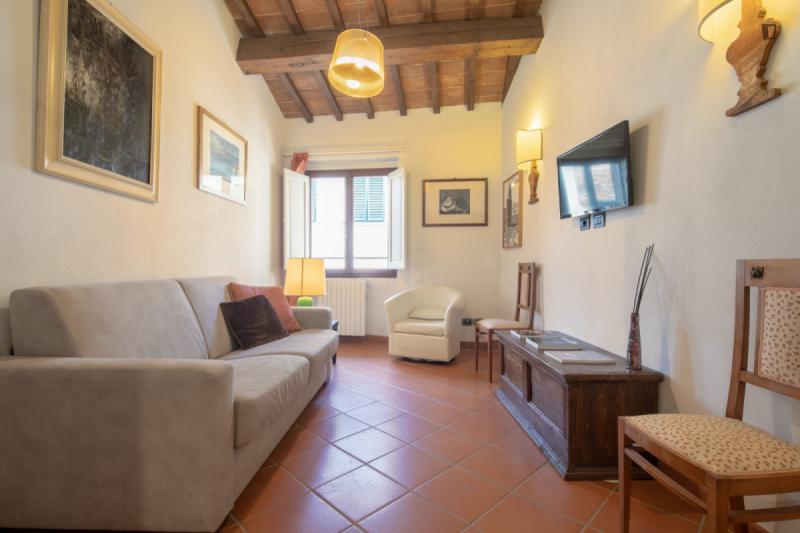 If you find your ideal accommodation available at a lower price on any other third party student ... Read More

In case you don’t get a place at your University or run into some visa issues, you can cancel your booking for free ... Read More

San Frediano House is an apartment for rent in Florence located in a historic building on Via Romana, one of the main streets of the Santo Spirito district, also known as Borgo San Frediano, which has recently been defined by Lonely Planet as the "coolest neighborhood of the world". It is a neighborhood where over the years many trendy places have found their place, which today alternate with antique shops and typical Florentine shops. The apartment has been renovated in recent years respecting the typical characteristics of the house such as the exposed wooden beams of the ceiling which have been preserved as they were. The interior of the apartment is divided into two levels. On the first level, as soon as you enter you'll find the eat-in kitchen on the left while a short corridor leads to the living room and the first two bedrooms both double bedrooms a short corridor connects the
See More

Find the perfect homes near your university.