The Top Universities of New Zealand- A Complete Guide 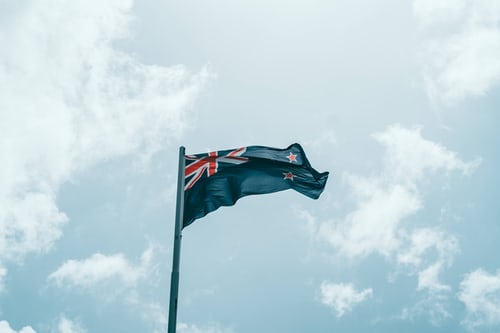 New Zealand is one of the world’s top study abroad destinations which is widely preferred by international students.  It has a number of highly ranked universities that are a part of the list of the world’s best universities. All of its universities and colleges, both public and private, are highly esteemed and famous in academic circles.  If you are keen to pursue a master’s, bachelor’s or PhD program from New Zealand then you have come to the right place as we list the top universities in New Zealand in this article for you.

The University of Auckland features first on our list and has been the best uni in New Zealand for years.  It was established in the year 1883 and it has multiple campuses. It is the largest University in New Zealand and one of the most highly regarded universities in the world. The university is very international student-friendly as Auckland has an international airport and more than a quarter of the university’s students are foreign nationals. It has many notable alumni including Dr. Siouxsie Wiles who discovered a unique way of fighting antibiotic resistance that greatly helped the medical science fraternity. Other famous alumni include the Chairman of HSBC Vincent Cheng, the 37th prime minister of New Zealand, Helen Clark, and Academy Award-winning screenwriter Philippa Boyens. It is among the best universities in New Zealand and always fares well in New Zealand university rankings.

The University of Otago has a very exquisitely beautiful campus with Scottish-styled architecture. It is the oldest University in New Zealand and was founded in the year 1869 on the southeast coast of the South Island, Otago. It consistently fares well in New Zealand university rankings.

The university has a research-intensive approach and atmosphere and has achieved excellence in various fields including health science, under which programs are offered from UG to Ph.D. levels. The university has its branches of health science institutes located externally in the towns of  Christchurch and Wellington. It is among the best colleges in New Zealand for health care.

The university has a vivid and vibrant social and cultural life with annual celebrations such as the Undie 500 car rally and the Toga Parade which take place with great pomp and show.

Auckland University of Technology was established in the year 2000 and since then has, in a very short period of time, established itself as one of the world’s leading universities in the field of technology.  The university has three main campus buildings and the City Campus is the largest one in Central Auckland. It has an active Student Association that organises various activities for the benefit of students including publishing a fortnightly student magazine known as Debate.  It is a helpful guide for students put together by the editorial team of the college which features news, student views, cartoons, feature articles, and columns.  The association also sponsors more than 40 student clubs and organises various concerts, fests, parties, DJ sets, and other main events for the students. It is one of the best New Zealand Universities.

The University of Canterbury located in Central Christchurch, New Zealand is one of the top universities in the country.  The university has a separate International College which aims to help students to adapt to studying in New Zealand. It also offers a foundation studies certificate in English and academic proficiency.

The university gave birth to the first art college in the country which continues to thrive even today. There is a lot of competition to get admission to the university and it has several facilities including campus-based art galleries and workshops. It is one of the best colleges in New Zealand.

Lincoln University was originally a part of the University of Canterbury and formally became an independent institute in 1990. It has a highly reputed academic program. It has a significant number of international students on campus and is among the best institutes to study agriculture and forestry in the country of New Zealand.  It is among the top colleges in New Zealand.

We hope you enjoyed this article on the top universities in New Zealand. To know more about related fields, do check out our other blogs.

MS In Australia: A Complete Guide

The Top Universities of New Zealand- A Complete Guide