Some Of The Best Places To Visit In Perth 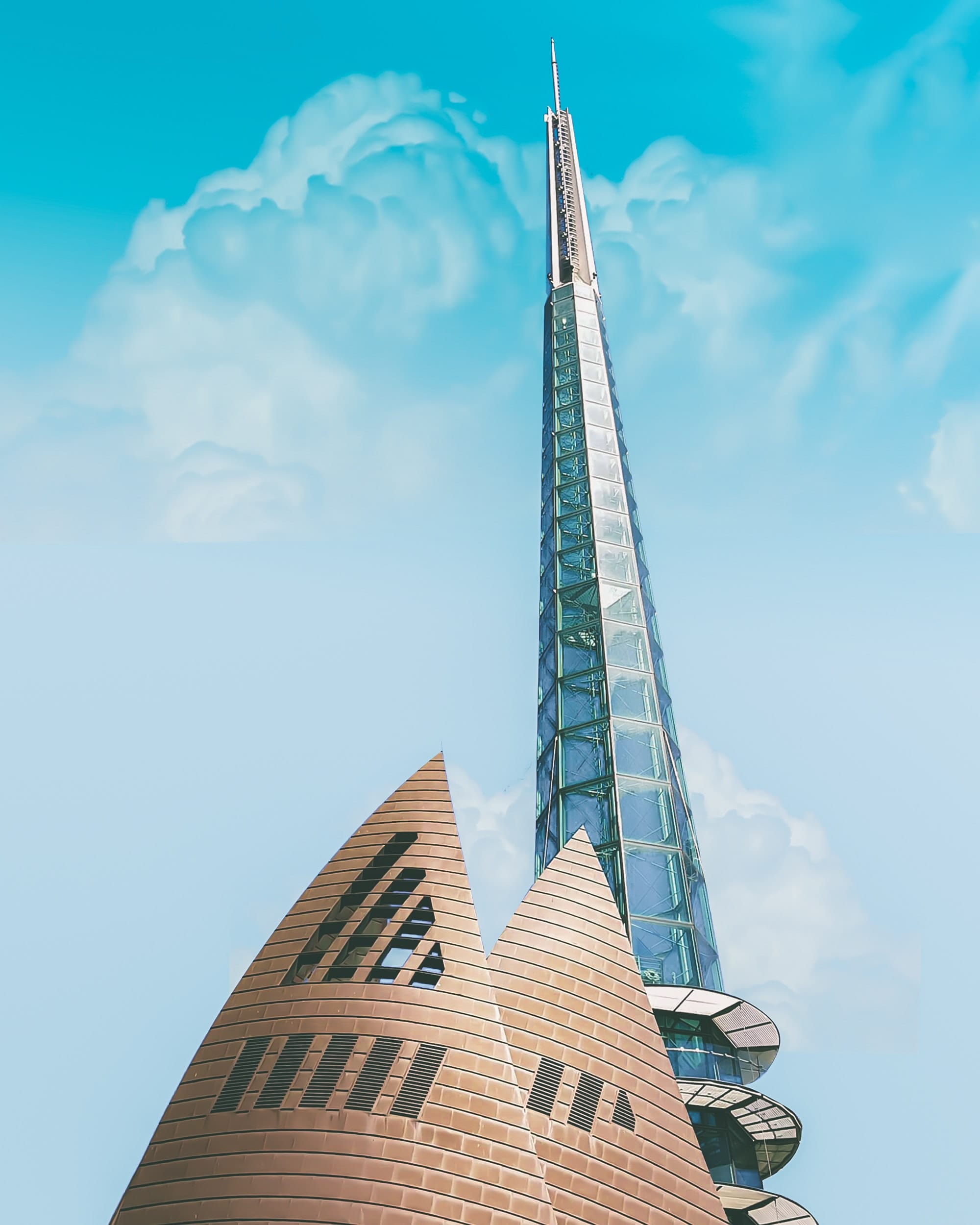 White-sand beaches, historical architecture, mind-expanding museums and a new sports stadium.  For visitors to the Wild West, Perth is not short on world-class attractions. And these are the things that you absolutely can’t leave your itinerary in places to visit in Perth

Introducing the world’s largest inner-city park, roughly 20 percent larger than Central Park in New York. In the heart of Perth, Kings Park is a green thousand-acre oasis, offering postcard-perfect views of the city center and the Swan River, as well as 300-plus West Australian native plants, dozens of bird species, and miles of manicured gardens and untamed bushlands to explore.

The history of the only UNESCO World Heritage-listed building in WA stretches back to 1855, housing some of the worst convicts in Britain, then the hardest prisoners in the state, right up to its closure in 1991. You can go on a tour of the historical site these days, including popular ghost tours, and even spend the night in a cell at the backpackers’ hostel that occupies the former women’s wing.

Look at the snow-white sand, the glittering turquoise water, the lush green lawns and the towering pine trees of Norfolk and you will learn exactly why the most popular beach in Perth is Cottesloe. In the iconic Indiana teahouse, the main strip of sand is great for swimming or grabbing a coffee. For snorkelers, North Cottesloe is heaven and South Cottesloe is a surfer’s paradise. For sharks, just keep an eye out.

When it comes to sport, West Australians are famously parochial, and a state-of-the-art arena was long overdue. In 2018, Perth’s top sports teams, the West Coast Eagles and Fremantle Dockers AFL clubs, as well as the WA state cricket team and Twenty20 outfit Perth Scorchers, have moved to their new home. The stadium is a 60,000-seater that has already been affectionately named ‘The Craypot’ by the locals.

Most towns feel like they’re a world away from an island paradise. Perth is lucky enough to have a ferry ride away for just half an hour. Rotto has only 100 permanent residents, but during summer holidays, the population swells to 15,000, when visitors flock to the beautiful beaches, miles of cycling paths, pristine bushlands, historic buildings, and the happiest animal on earth: the quokka, an incredibly photogenic marsupial.

Since 1899, Perth Mint has been refining gold, two years before Australia was even a country, and today visitors walk through the process of making money as well as the site’s rich history. And no, they do not give out free samples before you ask.

This modern glass sculpture that pierces the sky above the precinct of Elizabeth Quay, an 82.5-meter high tower that houses the Swan Bells, consisting of 18 bells originating from historic churches in London, can not be missed. The Bell Tower is surrounded by ceramic tiles designed by school children around WA, and contains an observation deck that enjoys views of the Swan River and the city from the peerless bird’s eye.

Visitors with children, or visitors who are just big kids at heart themselves, must absolutely include this non-profit science and technology museum on their itinerary in Perth. Scitech, with its rotational program of interactive exhibits, live shows, laboratory workshops and cutting-edge planetarium, has been thrilling nerds for three decades now.

One of the best places to visit in Perth is the only theme park in Perth, 20 kilometres south of the city center at Bibra Lake, which has benefited in recent years from some serious investment. Over the last five years, the $12 million Abyss roller coaster, $7 million Kraken water slide, the enchanting Dragon’s Kingdom and the adrenaline-charged Goliath were all unveiled, complementing the 25 rides and water slides that make up Adventure World, which recently celebrated its 35th birthday.

A state with a coastline of 20,000 kilometres is bound to boast an incredibly diverse array of marine life, and the landmark aquarium of WA provides a home for everything. When it opened in 1988, AQWA was the largest aquarium in the country and still has a three million liter tank containing a 98-meter tunnel to provide visitors with an intimate view of the resident grey nurse sharks, stingrays and loggerhead turtles.

In Perth, get a glimpse of London! Every quarter of an hour, the clock in the tower at the end of London Court’s Hay Street chimes with mechanized knights moving around the castle. At the end of St Georges Terrace, there is another clock. The open-roof London Court shopping arcade between Hay Street and St Georges Terrace shows the architectural facade of England from the Tudor and Elizabethan eras.

Shops line the London Court arcade on both sides, selling souvenirs, clothing in a contemporary style, and fashion accessories. Unknown to most individuals, on the upper levels of the London Court, there are stores and offices.

At the Port of Fremantle, the magnificent Swan River meanders across the city of Perth and runs to the Indian Ocean. The public can conveniently enter this magnificent foreshore with over 50 kilometers of bike tracks and walking paths developed along the Swan River. Biking, swimming, skating and walking are common sports here. The river is also a perfect location for swimming, sailing, kayaking and windsurfing and is one of the best places to visit in Perth.

The River Swan separates Perth’s northern and southern suburbs. The Narrows Bridge that offers the link over the river is crossed by the Kwinana Highway. A healthy debate is often held by local people about which side of the river is easier to settle in. Many that have resided for decades north of the river would argue that their side of the river is the strongest and vice versa.

In 2012, with the construction of new houses, residences, retail shops and icons, the heritage protected public land known as the Esplanade Reserve between the city and the Swan River experienced fresh growth. The site is now named Elizabeth Quay, and in 2016 it was formally opened.

Elizabeth Quay is host to a train station and a ferry jetty. It is likely to see some fascinating sculptures and water features in the vicinity. Overlooking the Swan River, in Elizabeth Quay, Swan Bells also known as Bell Tower is now a popular landmark. The tower has a total of 18 hanging bells and is one of the world’s biggest collections of ringing bells!

St George’s Terrace, Murray Street, Wellington Street and Hay Street are Perth’s main streets in the CBD. Two adjacent pedestrian shopping centers in the CBD are Hay Street and Murray Street Malls. In the two malls, there are a number of shops and cafes, along with many covered retail arcades that extend through the area’s main streets. For gadgets, books and magazines, make sure to try out the Piccadilly Arcade. There are several floors of designer shops, antiques, cafes and much more at the Victorian-looking Trinity Arcade. More shops can be located in the retail areas of Allendale Arcade, Enex100, Carillon City Arcade and Forrest Chase.

The Stirling Gardens are Perth’s oldest public gardens, located on the intersection of St Georges Terrace and Barrack Street in the center of the capital. They were named after Governor James Stirling and were initially used by a colonial botanist named James Drummond for growing grapes and other fruits.

As a botanical garden, the gardens were opened to the public in 1845. There are still plenty of the original trees remaining here. Sculptures and a water feature in the gardens have been installed in recent years.

In 1898, the Perth Zoo was opened. It now has over 1,000 specimens, from Australian domestic animals to rare non-native organisms. In the sense of conservation initiatives, the zoo often engages in raising vulnerable species. Come to see the numbat, an endangered marsupial, the only mammal to live on termites in Australia. It is one of the most interesting places to visit in Perth.

Above listed are some of the places to visit in Perth which you can’t miss when you are in the beautiful city!

At the beginning of the COVID-19 pandemic, theatres have been forced to shut their doors, with many living in the dark ever since. Claire Cochrane,...

END_OF_DOCUMENT_TOKEN_TO_BE_REPLACED

There’s an old campervan saying - Home is where you park it. Looking at the featured image, it’s hard to argue with that. Don’t cage the inner...

END_OF_DOCUMENT_TOKEN_TO_BE_REPLACED 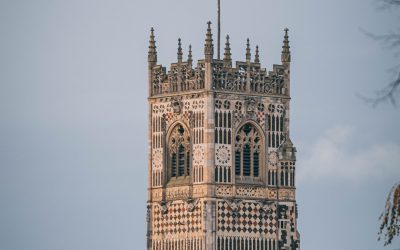 Ipswich is one of the oldest towns in the United Kingdom, situated on a bend in the River Orwell. While there was a Roman settlement here, the...